We weren’t geniuses. We actually weren’t very experienced, but we had one thing in our favor,
our way of thinking – Howard “Dutch” Darrin

I bring to life new ways of thinking/interacting in a way that creates focus and energy. This classic definition of an animateur comes from the book entitled “The Necessary Revolution”. Read it – it will open your eyes to world of sustainable business – an area I happen to be quite interested in.

Let’s presume for a moment that environment and culture shape a child’s development. I grew up in a household where the environment can be best described in one word – entrepreneurial. Not that glamorous, rah-rah, livin’ the dream sort of entrepreneurial you read about in business school. I’m talking about the struggles of a real family riding the roller coaster that every real world start-up company beholds as their mainstay attraction. And that describes the culture of my youth.

While I did not directly take part in these start-ups (I was a little young for the nuclear industry), I did absorb the desire. It started for me in high school with a lawn care and landscaping business. I know – everyone in high school did that (back in the day). Believe me, I’ve heard it. However, dare I brag that our company grew so successful that my partner continued well beyond high school. We were a touch more serious.

I have started companies ranging from restaurants to television production companies. Over the course of these experiences I have evolved a very deep understanding of why many start-ups fail, the personal and professional challenges faced by entrepreneurs and the underlying tenure of business that makes up much of today’s hot corporate jargon. A magic exists in the process of the starting a company. It is a magic, however, that is often not for the faint of heart.

I have also helped small-to-medium sized businesses by bringing my real world, practical knowledge gained from years of experience to help them find success on their journey. My experience spans many industries and the services I provide range from business consulting to providing a support structure to simply repairing that which has been broken.

Understand that I do not consider myself an “expert” in any one particular field. Many see that as a dangerous statement to publish about one’s self. I, however, argue that not presuming “expertise” provides me with a distinct advantage because I apply the rules of success without bias. I was once told that I “know everything”. Not true – I simply apply the same logic across many platforms. The industries may differ, but the rules for success remain more constant and universal than people think.

Creating reality programming aimed at having a positive social impact. Conceptualized and pitched RALLY!, a show dedicated to changing lives and communities one school at a time.

A classically inspired Cybercafé located on the Inner Harbor in Baltimore, Maryland.

The scene – Standing at an educational conference outside of a hotel in Florida mixing with the other attendees. While standing in line to grab a drink, it occurs to me that someone should produce a television show that does for America’s public schools what Extreme Makeover: Home Edition does for people’s homes.

First, I made a few calls because many ideas cross my mind. I find it useful to run them by friends and family as a sounding board. It helps make sure I am grounded in reality and that an idea has merit. After some positive feedback, I called my good friend and the only freelance producer I know with the ethics and expertise to help make it happen – Sandy Gordon.

Over the course of 5 years, Sandy and I, with no prior experience writing and pitching shows, managed to

Sandy produced this video prior to the pitch at NATPE 2009. 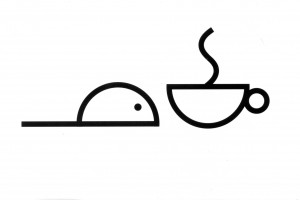 The road of my career began in the recording industry – recording studios, musicians, albums, jingles – the whole shebang. Later, it evolved into teaching digital recording and engineering.

Like most people that teach, I discovered the old adage about ‘teaching because you love it and not for the money’ certainly holds true.

Fiscal forces nudged me take on a “corporate” gig. In the timeline of life, we’re now standing in the early 90’s right at the beginning stages of the Internet boom (or bubble – depending on your perspective).

And then it happened, someone in corporate America decided I should be one to figure out how to digitally transfer audio files from my studio to the studio in Atlanta where the editing/animation for the videos. They gave me a T1, a computer and…..well, that was pretty much it. At some point I am sure I uttered the words “the Inter-what?”

It did not take long for the fascination to set in. One of the producers and I quickly became very interested in this Internet phenomenon and its potential impacts on society. We read everything from “Being Digital” to “The Future Does Not Compute” searching for a clear vision into the future.

One day over lunch the conversation spiraled downward. Call it the mood, call it the food court pizza, but today the Internet did not stand a chance. Convinced the Internet would destroy society as we know it, the man across the table from me said these words: “You know, the problem is that we never use computers in a social setting….that’s why I want to open a coffeehouse with computers in it”.

The food court went silent in my head. I looked at him – “What did you just say?” He repeated himself. My response – “Well, that’s the best idea I have heard today – let’s do it!”

And out of that conversation grew The Strand Cybercafé. From the beginning, I set out to create a restaurant that integrated technology as an image and a social service. I did not set out like many of my bright-eyed competitors to make money on renting computer time. That model would not last.

Instead, I wanted to create a true café atmosphere reaching back to the European cafes of old where people gathered to interact and engage. My dream – that my customers would engage the technology as well as the people. I wanted to help prepare people for the future I saw coming.

Insofar as the business, a leader with no real prior restaurant experience managed to fund, design, build out and launch a restaurant on the Inner Harbor in Baltimore, MD. To say I had help would be an understatement – many people along the way took their talents to new heights to help make this dream come true. I sought out people who saw the vision and wanted to invest and immerse themselves in the project.

USA Today named The Strand Cybercafé one of the top ten in the nation and we were on the road to over a million in sales with a 10 to 12 percent profit margin. Not bad street cred in an industry with a 60 percent failure rate (numbers vary wildly on this – some say as high as 90 percent).